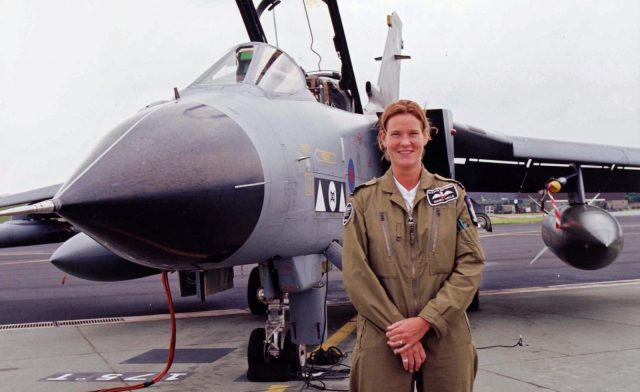 Strategies, Tactics & Behaviours when the Stakes are High
"I rolled the aircraft 120 degrees and pulled 4g towards the ground. That’s 4 times your bodyweight. The reason: a surface-to-air missile had been fired and we were its target".

Mandy was the only female pilot on her Front-Line Tornado Squadron, flying multimillion-pound fast jets for the Royal Air Force. She has operated in hostile environments, including patrolling the ‘No Fly’ zone over Iraq.
Drawing on her experience of calculated risk-taking, decision-making under pressure and the critical role of the human in the system, she transfers vivid lessons from the cockpit to other management and leadership contexts.