Sandstone has an extraordinary collection of principals and associates who are available to deliver key-note speeches to your organisation either electronically or live on stage. Their stories are inspiring, motivational and provide key insights for the audience. Provide your firm with lessons from the frontline, international rugby, iron-man triathlon and the world of business.

Call to discuss your needs for inspirational webinar speakers, particularly as the distance working revolution continues – our rates start at £3,000 per session, and we are skilled at developing our delivery to ensure that our speakers’ messages align with our client’s needs as required. 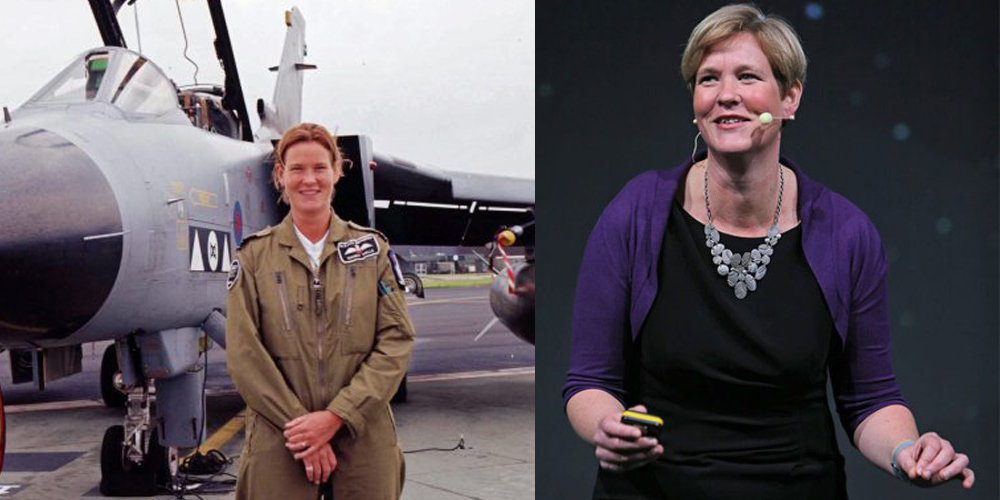 “Missile launch, five o’clock…” My right hand slams the stick across and we tip over sideways. I tense my stomach muscles to accept the punch in the guts from the g-suit, which clamps my legs tight to force the blood to my brain and stop me from blacking out.

Flying a multi-million pound fighter jet in hostile territory is not an everyday career and it comes with a high degree of pressure and responsibility. It’s a dream job that takes years of ambition, training and commitment, but for Mandy Hickson, it was a dream that became reality

Mandy Hickson was born in Cheshire in 1973. She has over twenty-five year’s experience in aviation. Mandy joined the Royal Air Force in 1994 and was only the second woman to fly the Tornado GR4 operationally. She operated in hostile environments, including patrolling the ‘No Fly’ zone over Iraq, completed three tours of duty and flew fifty missions over Iraq with No. II(AC) Squadron.

Since leaving the RAF she has retrained as a facilitator in human performance factors. Her talks draw on her experience of calculated risk-taking, decision-making under pressure and the critical role of the human in the system, where she transfers vivid lessons from the cockpit to other management and leadership contexts.

Mandy is in high demand as a keynote speaker across a range of business and education sectors, where she talks with humour and great passion to inspire those around her. She has been invited to share her insights with some of the most successful organisations across the world, where she describes the strategies and behaviours that can be adopted when the stakes are at their highest. 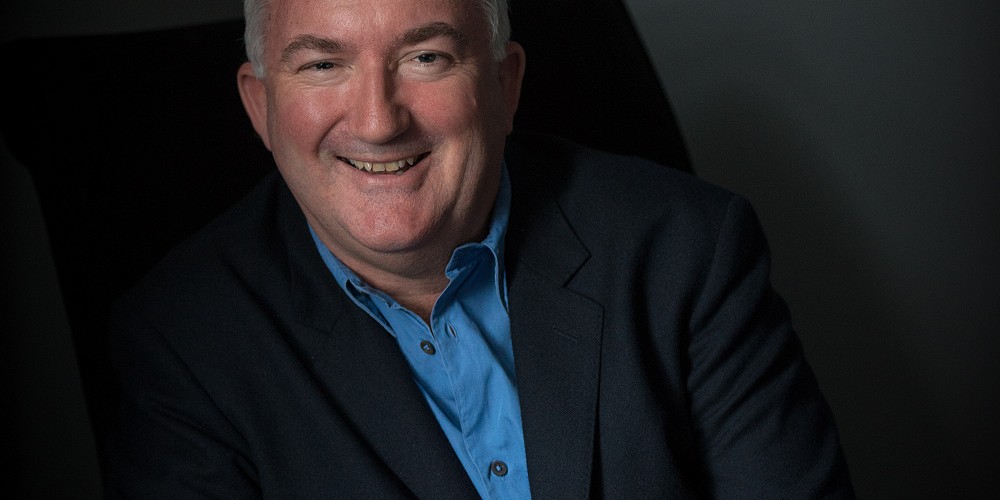 James Kerr is a superb presenter and a natural storyteller who speakson a mixture of topics including sports psychology, leadership practiceand organisational science, with a compelling narrative. Kerr is the author behind the global best-seller Legacy, revealing the simple secrets of success behind some of the world’s elite business, sports and military organisations. In Legacy, Kerr unpicks the secrets of the world’s most successful sporting team, the All Blacks. The book has been described as ‘seminal’ by the Independent newspaper and ’unputdownable’ by Bloomberg. The Daily Telegraph newspaper called it the ‘modern version of Vince Lombardi’s guides to coaching’ and says ‘for those searching for genuine keys to team culture, it is manna from heaven. Kerr explores the driving forces behind best teams to extraordinary results including a focus on excellence, a collective commitment, a high degree of autonomy, trust and individual initiative, compelling communication, individual accountability, integrity and humility, all underpinned by a climate in which ‘leaders create leaders’. There is an impressive list of teams and corporations that have sought Kerr’s expertise including, US and UK Tier One Special Forces, Formula 1 teams, America’s Cup crews, Premier League football managers, Olympic Performance Directors, Google, PayPal, Dyson, Red Bull, Shell and Boeing. As well as small, elite teams, Kerr addresses the specific challenges faced by larger, more diverse organisations today: including the impact that female leaders can have in previously male dominated environments, the challenges of engaging millennials, the shift from a transactional towards a transformative leadership style, personal leadership, ethics and integrity, marginal gains and incremental improvement, values and vision-setting, and resilience in adversity He is currently working on two books: Where the Earth Meets the Sky is about the Everest basecamp disaster and what it takes to overcome adversity in order to reach the top. The Legacy Workbook, a Curriculum for Change, addresses the practical challenges leaders face in implementing change. He regularly advises elite clients on galvanising teams, resetting standards, and rebooting a winning culture and mindset. 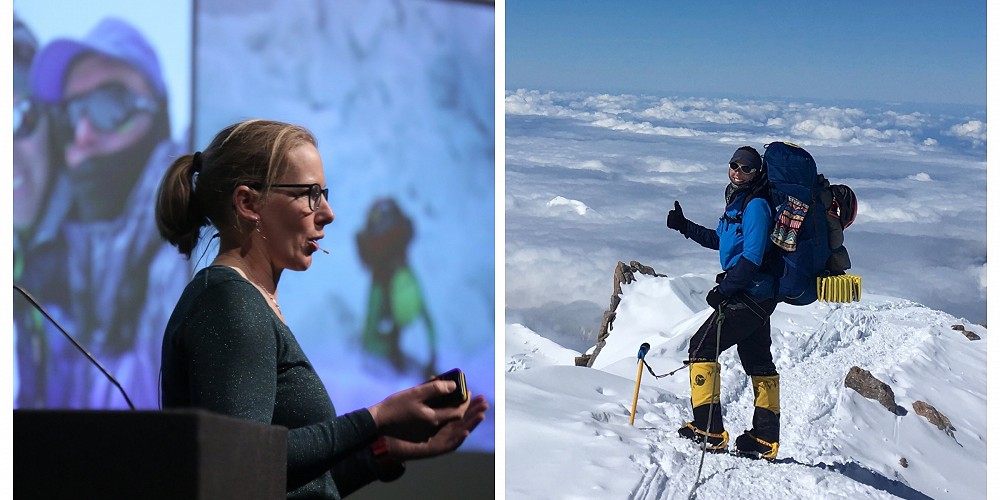 Jo Bradshaw - Turning Can I into Because I Can

As a former no saying, height hating, comfort lover Jo turned her life around in her late 30s by saying YES. Whilst standing on top of Everest in 2016 having survived the earthquake on the mountain in 2015, she did wonder how on earth she got there but Everest is just one chapter, not the whole story.

Jo Bradshaw is an adventurer, mountaineer and Everest summiteer who combines her work as an Expedition Leader, Outdoor Instructor and Public Speaker with raising funds for Place2Be, the UK’s leading children’s mental health charity.

In 2004 Jo was a Business Advisor leading a very risk averse life when she took part in a cycle challenge in Peru, pedalling 500km at altitude for Asthma UK. She now enjoys a richness of life she never thought possible, sharing her passion for the outdoors and creating extraordinary memories by helping people push their perceived limits.

Jo teaches and assesses the expedition element of the Duke of Edinburgh’s Award at all levels here in the UK and takes students and adults on adventures all over the world.

‘Say yes now and work it out later’ was her late Father’s mantra and she encourages others to embrace those words and to take that leap of faith.

Jo has now completed 6 of the 7 summits. The final summit, Carstensz Pyramid in Indonesia, is on the cards. The summit will see her join just a handful of Brits and around 500 climbers worldwide to achieve this coveted mountaineering milestone.

Jo unlocks the potential in your employees, colleagues, students, or the audience at large through sharing and discussing her experiences in business and adventure, focussing on building resilience, reframing imposter syndrome and being a champion in someone else’s life.

She firmly believes that helping change the words ‘Can I?’ into ‘Because I can!’ can only have a positive impact on everyone in both their work/school and home lives. 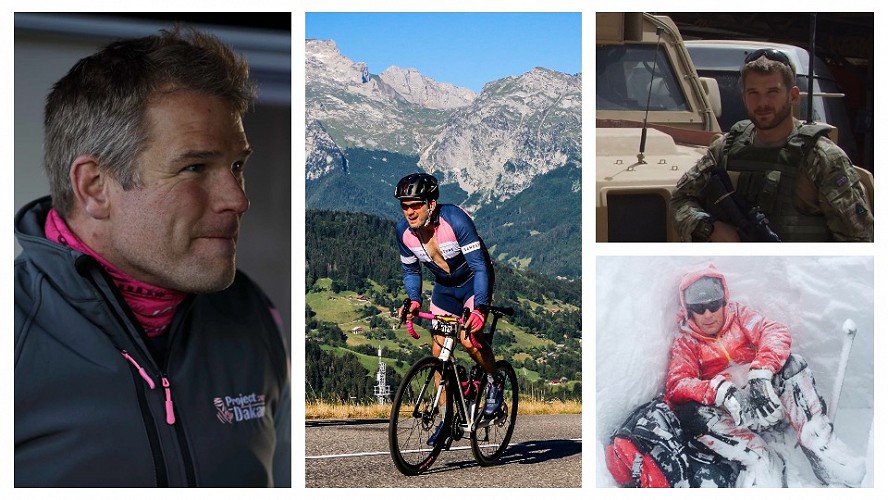 Tim Bradshaw - A robust guide to being effective

“Imposter syndrome! The adrenaline is driving, my heat racing only I’m not standing at the summit of the Matterhorn - that was last year - or surviving a gun fight in Afghanistan - that was several years before that - I am in fact about to stand in front of 25 lawyers and talk about leadership. I am terrified and my brain is racing”.

Tim Bradshaw has never won an Olympic medal or sold a multimillion-pound business. He went to a reasonable school followed by Sandhurst. Since then, he has served as a helicopter pilot, a covert Intelligence Officer, has climbed Mount Everest, summited the Matterhorn, completed an Ironman, cycled a mountain stage of the Tour Du France and ridden the Cresta Run - all #BecauseICan

Tim has spent a lifetime designing and refining coping strategies and building a tool-kit that has enabled him to be effective.

Tim will take you on a journey that goes from special duties selection, to an earthquake on the side of Mount Everest and a year of endurance challenges. In 2023 he will be attempting to race 10000km across the desert on a motorcycle in the Dakar Rally. “If I can do these things then what’s stopping you?

Tim’s keynote speech provides listeners with a robust practical guide to achieving their aims. How to become more effective whether at work at home or in achieving that lifelong ambition. He is a sought-after speaker who inspires audiences with his #BecauseICan attitude. Listen to Tim inspire an audience with how they too can achieve … 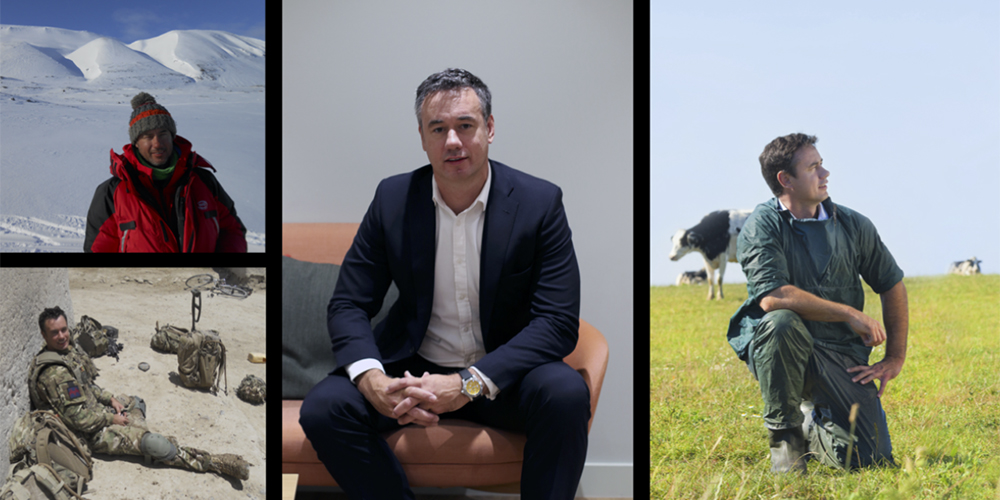 “I’m patrolling in the poppy fields and irrigation ditches of the Helmand river, it is 50oC and our IED detection dog has just collapsed with heat exhaustion. Now what? We are a long way from home and I don’t fancy carrying the dog that far? Up to this point I had not admitted to my soldiers that I was a veterinary surgeon back in the UK, they just knew me as the new shiny captain from the reserves. I step forwards, “I’ve got this guys, I’m also a vet”.

Paul was an officer in the British Military, before re-training as a Veterinary Surgeon. He then flexed his entrepreneurial passion by building up a large national chain of veterinary practices serving the agricultural sector, before selling the multimillion pound business to Private Equity. He is now a principal with Sandstone, delivering training, coaching and consulting assignments.

Paul’s skills range from being an expert in cattle reproduction, to a qualification as a military escape and evasion instructor. He is ‘not very good at a very large number of things’ and he loves discussing portfolio careers and lifestyles, and how to adopt a flexible mindset that helps to steal ideas from different sectors and to re-package them in new ways, and in new sectors.

What skills can the worlds of high intensity combat operations, farm animal veterinary care and mountaineering bring to business? Can a portfolio career be valid for many in the modern business environment? Listen to Paul explain – he is well known as an engaging and uplifting public speaker. 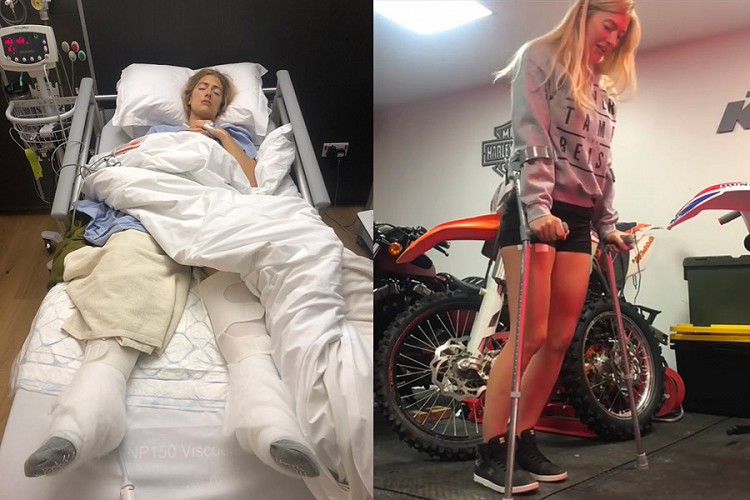 After being hit by a car while cycling in 2014, Vanessa’s world was turned upside down, resulting in 7 surgeries and a rollercoaster of mental and physical recovery spanning 7 years.

Vanessa is a motorcycle rider, Keynote Speaker and Influencer. She speaks passionately and authentically about the challenges of recovery from a life changing accident and making the most of every day. Through her recovery she discovered motorcycles, becoming known as “The Girl On A Bike”.

Combining her ten-year career in marketing and her resilience for life, Vanessa has built a following of over 170,000. She now inspires others to get up and tackle the battles life throws at us with gratitude and happiness. Instead of adding to the sometimes-toxic social media landscape filled with ‘all so perfect’ lives, she’s real and honest, sharing the highs and the lows. Showing the strength needed to come out stronger against life’s curveballs.

Vanessa is on a mission to show that nothing is impossible if you work hard enough, even as a slightly reconstructed person following the accident. Vanessa has successfully leveraged the power of social media, passionate storytelling and marketing to share her story and inspire others. She empowers others with the lessons she has learned through her emotional, thought provoking and highly engaging story.

If we can pull her away from her bikes, she’s an incredible energy for your speaking events. 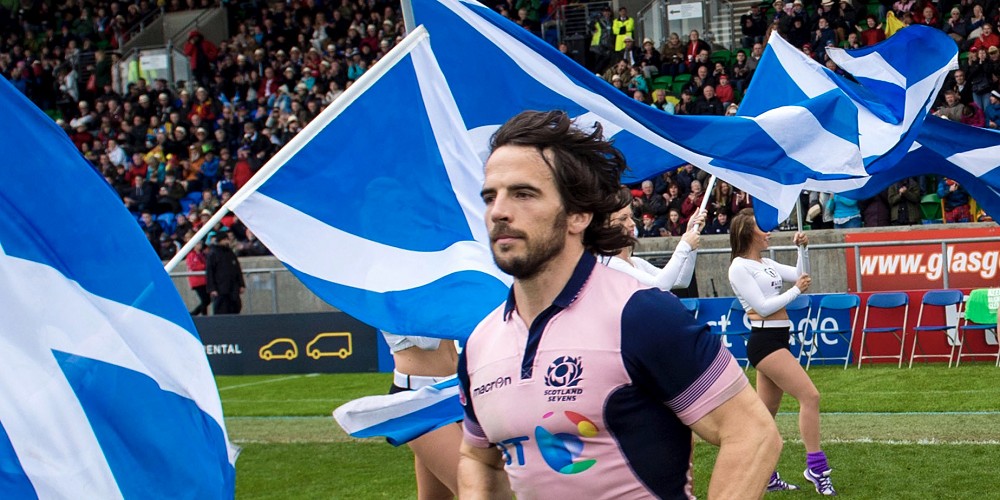 Colin Gregor - I know when I've dropped the ball!

“There are  60,000 people in the stadium. It’s a World Cup 7’s match and there are only minutes left. All I need to do is catch the ball and head for the try line. I drop it! I’ve spent thousands of hours training for this moment. I’ve lived alongside my team mates and now I’ve let them down”.

Colin is the former Scotland Rugby 7’s Captain. He has played at the World Cup and Commonwealth games, and is Scotland’s highest scoring player. His focus has always been on giving positive feedback and nurturing talent.

Accustomed to training and playing at the very highest levels under huge pressure, Colin’s insight to what makes high performance teams tick, and how to develop elite performances is a must-watch for any firm looking to develop its performance.

His techniques and ideas based around relieving pressure not adding it, in order to increase performance, may surprise some. They have been formulated and proven in the crucible of elite sport.

Colin’s key-note presentation will leave the audience understanding what high performance is, how to achieve it, and how to nurture and maintain your team at the highest levels.